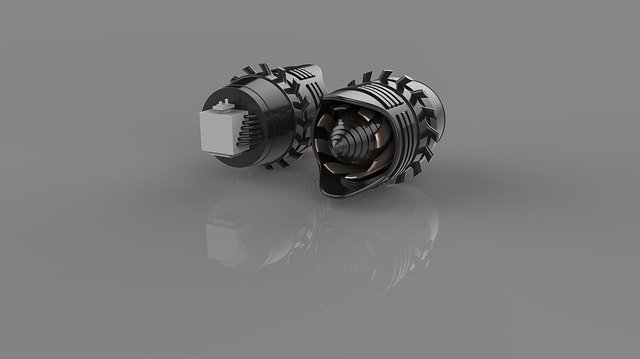 “The things I am doing now are all built on technology,” he says. “I cannot imagine life without computers.”

But for Ahiadu, a Ph.D. candidate in chemistry working in genotoxicity and the detection of biomarkers, that wasn’t always the case. Growing up in Ghana, Ahiadu says he didn’t touch a computer until he was around 16. He didn’t own one until he was in his third year of college.

Despite having to pass the country’s standardized Basic Education Certification Examination, which includes a section on Information Communication Technology, many Ghanaian children, particularly those in small towns, learn about computers in the abstract, says Ahiadu.

Most times, a teacher will get in front of a class and give oral instruction on how to use Google, create a PowerPoint presentation, or write a formula in Excel. Only sometimes will the teacher have their own access to a computer and be able to bring one to show students.

“These kids we are talking about are in resource-limited areas,” says Ahiadu. “They are at a disadvantage compared to children in bigger cities and towns and must take the same test as those who have spent time sitting in front of a computer.”

Ahiadu came to UConn in 2017, and the following year returned home to visit family, noting to himself the differences in his life then and now.

“What can I give to these little kids as a gift,” he says he wondered. “And then I realized, I could give them computers because we are in an era of technology.”

He scrolled through Craigslist and purchased seven used laptops, giving four to children close to him and his family and three to a school during his trip home.

“More people will benefit from them if I give them to a school, because any child at that school at one point in time could practice on them,” he says.

In 2018, an online post by Richard Appiah Akoto, a teacher in a different part of Ghana, went viral when he posted pictures of himself illustrating in chalk the interface of a word processing window. The post and social media firestorm prompted Microsoft to make an equipment donation to the school.

A YouTube video posted in May shows students with their hands at the ready on keyboards drawn on their desktops, no cords or keys or buttons in sight.

“I had to go through the same process,” says Ahiadu. “I can remember I got my first personal computer in the third year of college, prior to that I relied on friends who were so kind to me to use their laptops or desktop computers.”

In September, Ahiadu started spreading word of his laptop collection, and early this month shipped nine donated machines through an East Hartford shipping company that agreed to send them for $40 each.

“If I got a larger donation of computers I might buy space in a shipping container, which would be …….